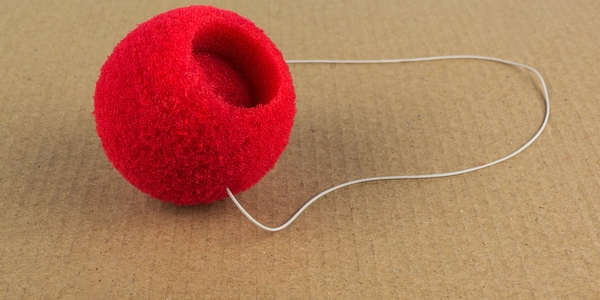 On 24th March we’ll be encouraged to wear a red nose to raise awareness and money for Comic Relief.

This year our special network of Doctors around the UK are doing the exact opposite!

For thousands of patients visiting the clinic, a red nose is no laughing matter. As we know, Red Nose Day comes around once a year and the globally recognised feature of the clown is brought out to encourage us to be funny for money. However, for thousands suffering with unsightly nose veins and redness for the other 364 days a year, nothing could be less amusing. In fact, 79% of all patients who attended the clinics in 2016 booked specifically to have their red noses, facial veins and redness treated.

It is not absolutely certain where the red nose derived from and whether this dates back earlier than the Fratellini brothers, who are believed to have first used the signature symbol in 1860. Clowning itself is an art that gives an audience permission to laugh at another’s imperfections and failures. Charlie Chaplin famously quoted that ‘to truly laugh, you must be able to take your pain, and play with it’. However patients at Dr Newmans Clinic might disagree and by having their red noses removed, they will be the ones having the last laugh.

Arranging a consultation is easy.

Simply contact us for a consultation at your nearest Dr Newmans Clinic.
‍
Telephone: 0203 002 2274
‍Email: clinic@drnc.co.uk